The wholly government-owned bank, which holds 80% market share in Iraq, has opened its first international branch office in Al-‘Olayya District of Riyadh and will start its operations soon.

The first international branch of TBI will solidify its foothold in the market outside Iraq further, cementing its international credentials as it continues to help with the reconstruction efforts and transform the economy of Iraq.

TBI’s presence in the KSA will also allow the bank to further promote investment opportunities in Iraq and to establish relationships with key institutions within the country’s banking and finance sectors.

The Iraqi government is proceeding with several projects in Saudi Arabia in a wide range of fields with the aim to develop and strengthen relations between the two countries.

Dr. Fuad Hussein said: “This is a hugely significant day for the financial sector of Iraq and the country as a whole.

“This is an important step towards reinforcing our relationship with the Saudi government and we look forward to advance bilateral ties between Iraq and Saudi Arabia.”

TBI opened a representative office in Abu Dhabi tow­­­ards the end of 2017 and has been making great strides towards reaching its strategic goals both in business and in assisting the ongoing reconstruction of Iraq as it continues to define its reputation as a competent institution with access to global financial networks.

Mr Al Haimus said: “Today is a landmark day for the bank, which all of our employees and partners should be extremely proud of.  I am personally very excited about seeing the huge mutual benefits this new branch will offer TBI, our partners and customers.

“I would like to thank His Majesty King Salman bin Abdulaziz and His Highness Crown Prince Mohammed bin Salman for their support in facilitating the opening of our branch in the kingdom.

“I would also like to thank everyone at TBI who has made today possible and our various strategic partners in the KSA and the wider region.”

As TBI moves forward with its strategic plan that will take the bank up to 2021, it continues to play a pivotal and hugely influential role in Iraq’s ongoing recovery and regeneration. The success of the bank’s endeavours are directly linked to the stability and prosperity of the country and have a far-reaching impact on Iraqi society.

About Trade Bank of Iraq (TBI)

The Trade Bank of Iraq was established in 2003 and is the top commercial bank in the country. The bank holds approximately 80% of the trade finance business in Iraq and ranked 1 among Arab banks in terms of cost to income ratio and 332 globally in terms of Tier 1 capital. It has established 25 branches across Iraq, offering a wide range of banking services to all customers including companies, individuals and government institutions to widen its customer base and expand into new markets. 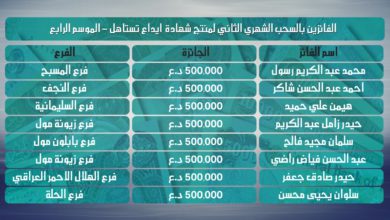 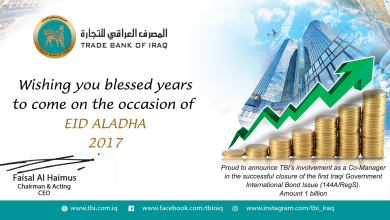 Based on its sense of social responsibility, TBI decided to donate an amount of five million dollars to support the efforts of the Ministry of Health in the new coronavirus disease control. 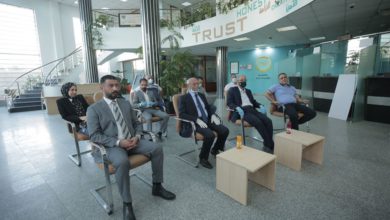 TBI BECOMES FIRST BANK IN IRAQ EVER TO BE RATED WITH B- FROM FITCH   International ratings agency, Fitch Ratings, assigns Trade Bank Iraq a Long-term Issuer Default Rating (IDR) of ‘B-‘ with Stable Outlook